Speculator or Investor—Which are You?

Summer is here and Americans are once again hitting the road. COVID-19 concerns are fading, and rising confidence is fueling a sustained market rally.

Bonds offered positive returns again, with the Barclays Aggregate Bond Index rising 1.8%, as interest rates stabilized following first-quarter fears about rising inflation. While interest rates rose quickly in the first quarter and bond investors were anxious, taxable bonds, as measured by the Barclays Aggregate Bond Index, were down just 3.4%. The Federal Reserve is maintaining efforts to keep rates low which means bonds will likely produce meager returns over the next few years. Nevertheless, bonds will continue to offer the relative safety necessary to ensure a portfolio’s liquidity needs.

Americans go on a spending spree

With new COVID case levels plummeting from early year highs, Americans are going out and spending some of the money saved up while we were stuck at home. Powered by widespread vaccine distribution and $5.3 billion in government stimulus, the US economy has roared back to life. The ISM Manufacturing Index, which measures changes in production levels across the US, reached a 38-year high of 61.2 in May, showing that factories are making goods as quickly as they can to meet current demand levels.

We aren’t just buying things—we’re getting out of the house, too. According to the National Restaurant Association, restaurant sales topped pre-pandemic levels in May with spending of $67.3 billion, despite the fact that there are 1.5 million fewer restaurant workers.

US GDP is expected to grow between 6% and 7% in 2021—the highest annual growth rate since 1984. Growth probably won’t be quite as strong next year but GDP is still expected to grow by more than 4% in 2022, which would still be higher than any other year since 2000.

Even with business booming right now, there’s still room for improvement. Unemployment was down to 5.9% in June, with 9.5 million unemployed—a big change from April 2020’s high of 14.7%, with 22.2 million unemployed, according to the Bureau of Labor Statistics. However, there are still over 6.7 million fewer Americans working than there were in February 2020. The number of job openings has risen very quickly and we’re now experiencing a labor shortage, causing wages to rise. Hopefully, higher wages and better opportunities will pull more of these out-of-work people back into the workforce.

Many unemployed workers may soon have more incentive to find work as the additional $300 in weekly benefits provided by the CARES Act runs out in September. Half of US states have already elected to stop paying these additional benefits.

We haven’t seen the last of big government spending. In early June, a $250 billion bill passed with bipartisan support to boost technology research and improve US competitiveness with China. Also, the Biden administration’s $2 trillion plan has been whittled down in negotiations but an infrastructure program is looking increasingly likely.

Businesses that survived COVID-19 are thriving

The flourishing economy is being reflected in company financial statements. Projected profit margins for the companies in the S&P 500 have been steadily rising. Seven out of the eleven S&P 500 sectors are expecting record or near-record margins over the next twelve months. However, these record margins may not last, with rising inflation and higher taxes on the horizon.

Costs rising much faster in 2021

Last quarter, we talked about the potential for inflation and this quarter, rising prices can be seen everywhere you look. While inflation has consistently averaged less than 2% since the Financial Crisis of 2008, the Consumer Price Index, one of most widely tracked measures of inflation, is already up 4% this year through May. When inflation rises too quickly, businesses typically see costs rise faster than they can raise prices, causing a drop in profits. Luckily, much of the recent rise is likely transitory and short term in nature. There are many extreme cases of supply and demand mismatches to be found. Take cars for example. Microchip manufacturers lack the capacity needed to meet the current demand for tech goods, including the microchips that power multiple functions in today’s cars. Auto manufacturers can’t produce as many cars as normal due to the microchip shortage. Because many people put off buying new cars during the pandemic, demand for new cars is higher than usual. Higher demand and lower supply have led to stories about new cars selling for more than invoice prices. Likewise, demand for used cars is soaring. With fewer used cars being traded in for new cars, the supply of used cars for sale is lower than normal. Used car prices generally fall as cars age but many are selling at higher prices today than they did two years ago. Eventually, microchip production will rise to meet demand and used car prices should fall back to historical norms.

Meanwhile, home prices are also soaring at record rates as people continue to move out of cities into the suburbs. The median existing-home sales price rose above $350,000 in May, marking an almost 24% jump in twelve months, according to the National Association for Realtors.

Fortunately, many of the bottlenecks that have caused these quickly rising prices should be short-lived. For example, mounting house construction and home renovations pushed lumber prices to unsustainable highs earlier this year. From March 2020’s low point through April 2021, lumber prices skyrocketed 439%. But supply eventually rises to meet demand. Prices are now down by more than half over the past two months. With luck, though we may see some more volatility in the coming months, eventually price spikes like this will return to more “normal” levels. 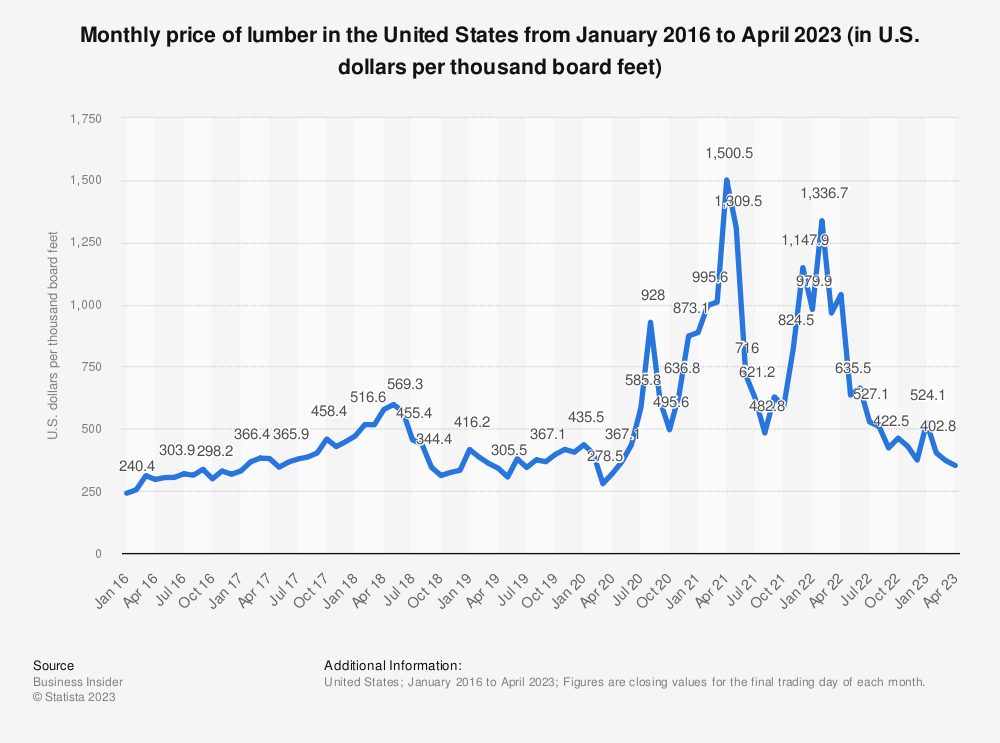 With stories like these unfolding throughout the country, most economists, including those at the Federal Reserve, believe the current rise in prices won’t last. Further supporting this expectation, interest rates have leveled off in recent months. The interest rate on 10-year Treasury bonds fell from 1.74% at the end of the first quarter to 1.45% on June 30th. If investors believed the value of a dollar would fall further, they would demand a higher return to buy bonds.

Washington to increase its cut of profits

Another factor that could limit further profit-margin expansion is rising taxes. The US national debt has now grown to a mammoth $28.5 trillion after extraordinary stimulus spending. That equates to over $85,000 owed for every citizen. To pay for this and future spending, such as an infrastructure initiative, the Biden administration has proposed raising taxes on corporations and wealthy Americans. The main proposal is to repeal half of the 2017 Trump tax cuts and raise the corporate tax rate from 21% to 28%.

Moreover, President Biden, along with other global leaders, agreed in principle to a global minimum tax rate of 15% at the recent G7 (Group of Seven) summit. One hundred and thirty countries have now agreed to the proposal. The plan targets large multinational corporations like Google and Facebook that avoid domestic taxes by moving operations internationally.

For investors though, tax levels do not seem to be inevitably linked to stock prices. Lower taxes do not necessarily mean higher stock prices, or vice versa. Most recently, the Tax Cuts and Jobs Act of 2017 cut corporate tax rates from 35% to 21%. In 2018, the S&P 500 actually fell 4%, marking the first annual decline in nearly a decade. Bragg’s approach if we are at peak profits

We’ve been asked if we’re cutting our allocation to stocks at historically high valuations with the threat of rising inflation. Our answer is that while we are rebalancing portfolios to target (in this case we are trimming stocks and adding to bonds), we haven’t made fundamental changes to our portfolio management process and are unlikely to do so in the future because we believe there is no better alternative. Cash in the bank is important to cover your expenses but loses value over time because of inflation. Bonds generally offer more income but their relative security limits any real upside potential. Stocks, though, have offered the most opportunity for appreciation throughout their long history. Valuations can rise and fall, but if the economy is still growing, companies should make more and more money over time and stocks will trend higher. We believe owning a diversified portfolio of stocks will continue to be the best investment after you have set aside enough reserve in “safer” vehicles like cash and bonds.

We cannot control if rising inflation or higher taxes impact corporate profits. What we can do is own shares in high-quality businesses able to offset higher costs with higher prices on their goods and services to keep increasing profits. Apple keeps raising its prices on iPhones and still seems to sell more with each new release. We can also do our best to avoid owning companies that won’t be able to match 2021’s windfall profits over the next decade as supply and demand once again equalize. Finally, we can be sure that our portfolio is well-diversified and is allocated such that it balances the need for liquidity and the need for growth.

COVID-19 is down but not out. Much of the developing world is still struggling to contain the spread of this deadly disease. Thankfully, things are looking better here in the US. As of this writing, 64% of citizens 12 years old and up have had at least one vaccine dose and it seems like everyone you talk to has big vacation plans this summer. If that includes you, then we hope you stay safe and enjoy your summer!